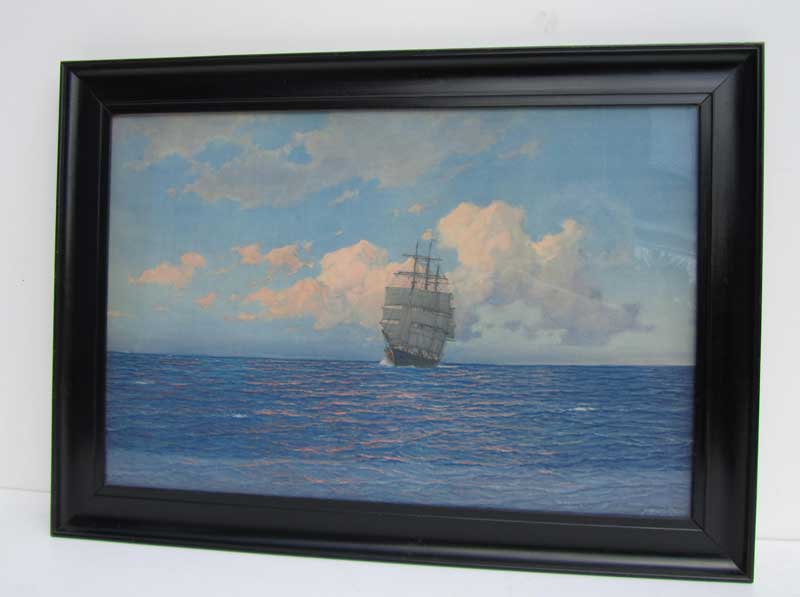 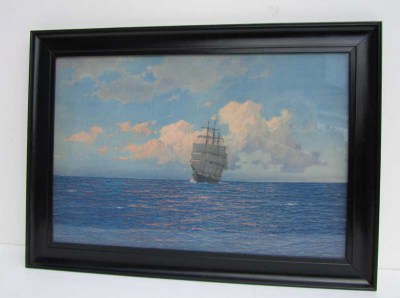 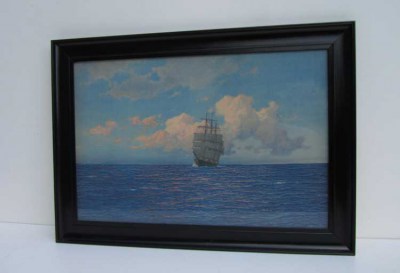 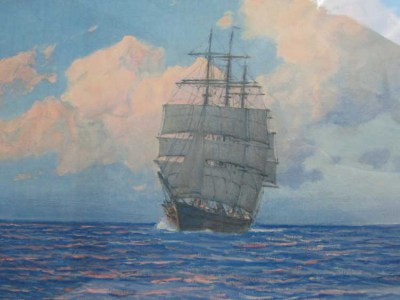 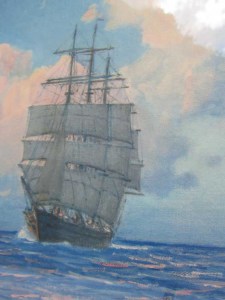 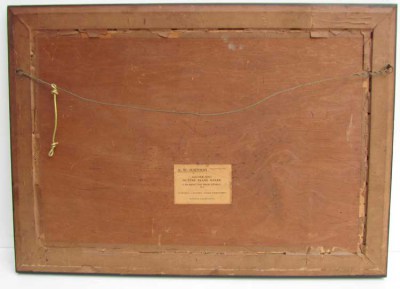 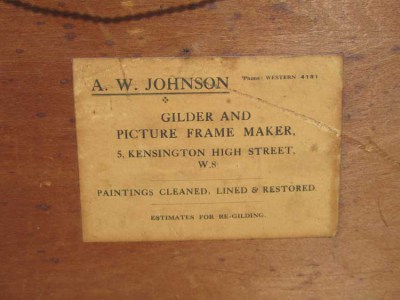 Ours is an original lithograph authorized by the artist and printed in the early 1900s
Schnars-Alquist is especially known for his realistic seascapes and portraits of large, deepwater sailing vessels. Born in Hamburg to a merchant family, he was a self-taught painter who excelled in depicting the sea "in all lattitudes, at all seasons and in all moods", according to a biographical account.

His voyages to places around the world gave him this unique perspective. Aside from travelling within Germany, he also went to the United Kingdom, Scandinavia, and the United States. He also travelled to South Africa, parts of Asia (like Ceylon, now Sri Lanka), Australia and New Zealand.

Schnars-Alquist gained fame during his lifetime and exhibited his oils-on-canvas not only in Germany, but also in Melbourne, Australia and the prestigious 1893 Columbian Exposition in Chicago. His original paintings are found in museums as well as private collections in Germany, Australia and the U.S. Among the notable collectors are German emperor Wilhelm II and chancellor Bernhard von Bulöw. In 2011, one of his seascapes (done in Hamburg, 1906) sold at a Sotheby's auction out of London for 21,250 British pounds (about $33,000).

The artist authorized the reproduction of his works in the early 1900s.
Among Schnars-Alquist's paintings is one called "The Santa Maria, the Pinta and the Niña", of particular interest to Americans, as it depicted the three sailing vessels of navigator Christopher Columbus. The ship on this lithograph resembles those during that era.