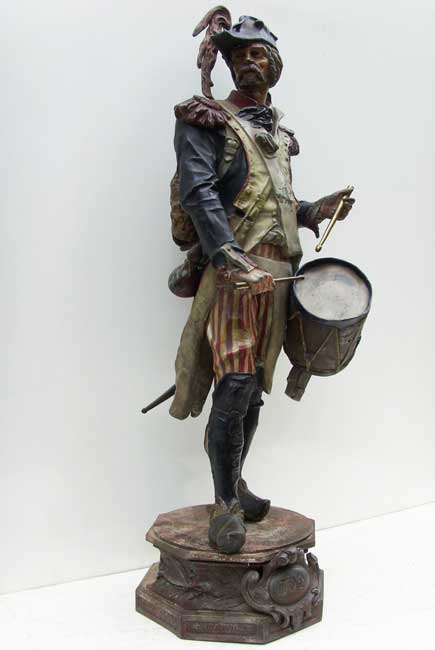 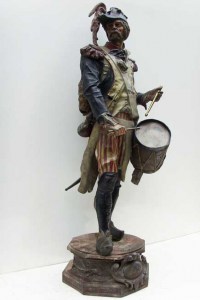 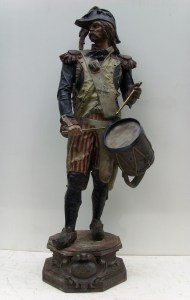 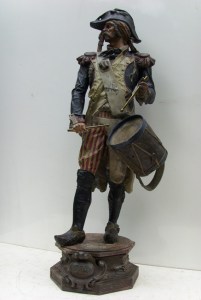 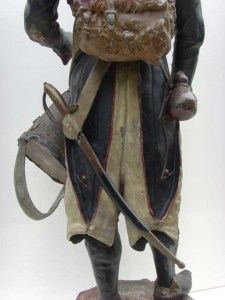 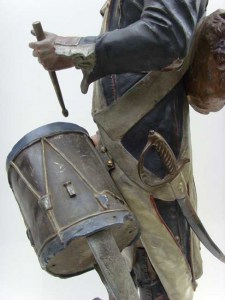 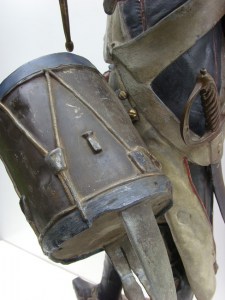 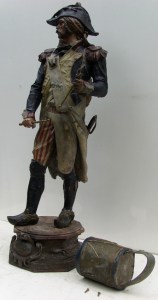 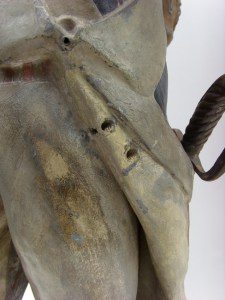 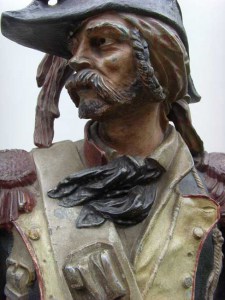 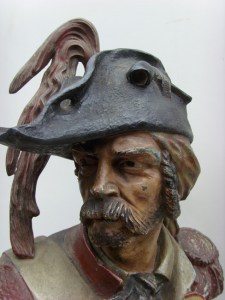 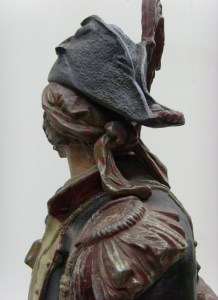 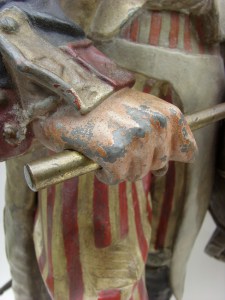 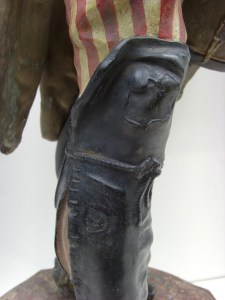 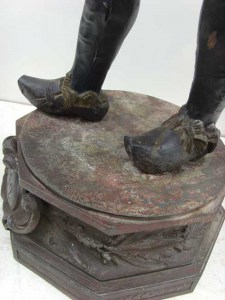 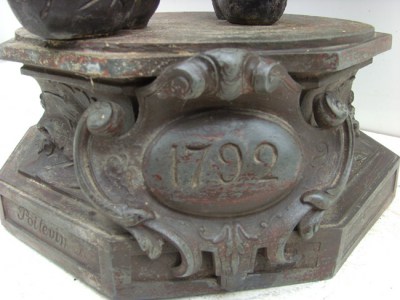 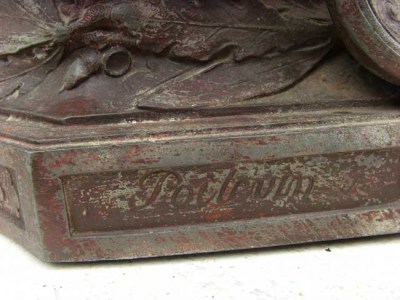 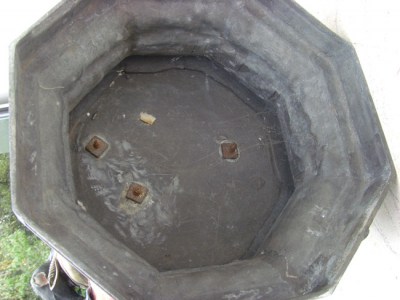 Great details and an impressive piece

Material: Painted spelter/pewter, some wear on the paint

Napoleon was stationed in Paris in 1792. The French Revolution had
been raging for three bloody years. It reached a climax on Aug. 10,
1792, with the overthrow of the monarchy and the establishment of a
French Republic. This was a decisive event in Napoleon's life, for it
gave him his opportunity to get ahead. (See also French Revolution .)

Most of the French officers had remained faithful to the king.
Napoleon, however, viewed the Revolution with an open mind. The
new republic was faced with foreign and civil war. It desperately
needed able and loyal officers. In the "little Corsican" it found a willing
recruit. In 1792 Napoleon was made a captain. In 1793 he was
chosen to direct the artillery in the siege of Toulon. This was an
important French port whose citizens had rebelled against the
republic. Here he first showed his qualities as a soldier and as a leader
of men.