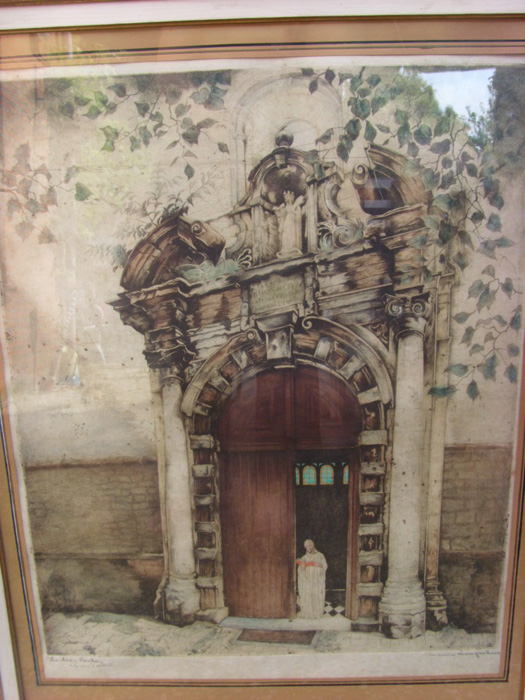 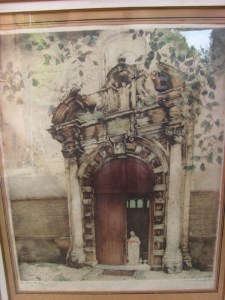 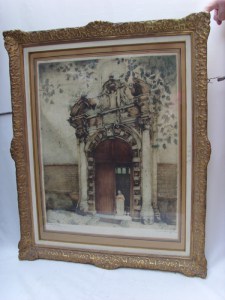 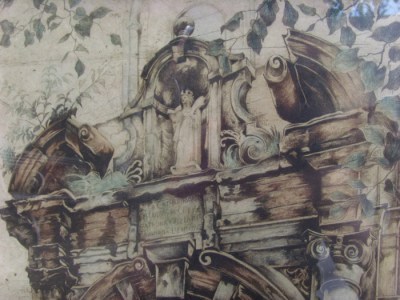 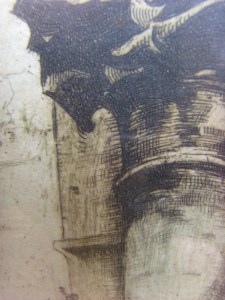 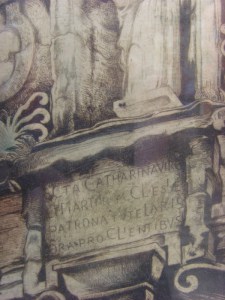 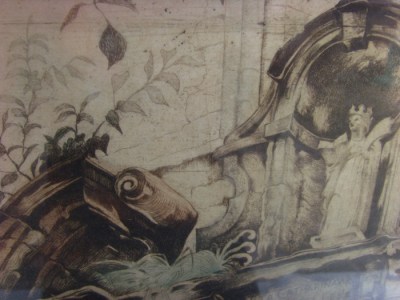 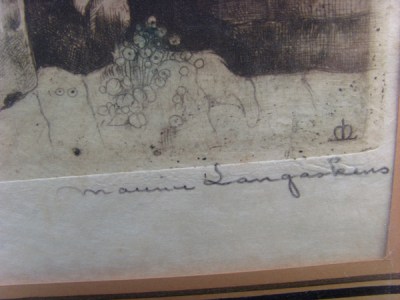 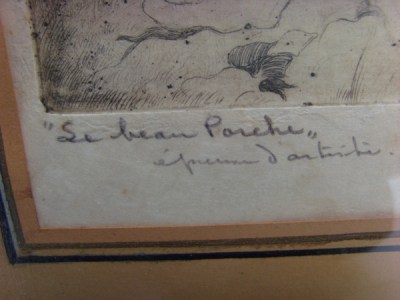 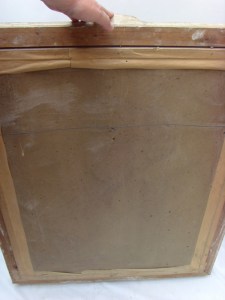 Maurice LANGASKENS, Belgian, 1884-1946.
A well listed painter, etcher and lithographer, Maurice Langaskens was best known for his genre scenes, flower paintings and figures. He was also an illustrator and muralist. He mastered numerous techniques as his superb works in oil, mixed media, pastel, ink, watercolor, sanguine and printmaking prove. Before completing his art studies at the Brussels Academy under Constant Montald (1862-1944), a leading figure of the Belgian Symbolism movement, Langaskens had studied at the Académie des Beaux Arts in Paris and at the Ghent Academy. While a prisoner of war in Germany during World War I, Langaskens made sketches of his comrades in captivity, which were exhibited in 1918 in Brussels to much critical acclaim. In the late 1910s, the artist executed several series of aquatints, including a series for the school system that represented workers, fishermen, and farmers. He also illustrated the famous novel of Charles de Coster, Tyl Uilenspiegel, the Flemish equivalent of Mark Twain's The Adventures of Tom Saywer. Between 1924 and 1938, Langaskens participated in the exhibitions of the group La Gravure Originale [Original Engraving]. He exhibited widely, beginning in 1907 in Brussels with a series of monumental decorative paintings. In 1912, he decorated the Léau (close to Liège, in Belgium) town hall, and in 1914, a boys grammar school in Brussels. Exhibitions in Brussels, Ghent, Liège, Schaarbeek, Charleroi, Antwerp, Leuven and outside of Belgium in Bern, Algiers, and Vincennes followed. Posthumous retrospectives were organized in Brussels in 1949, in Schaarbeek in 1959 and more recently, in 2003-2004, in Ieper at the Flanders Field Museum.